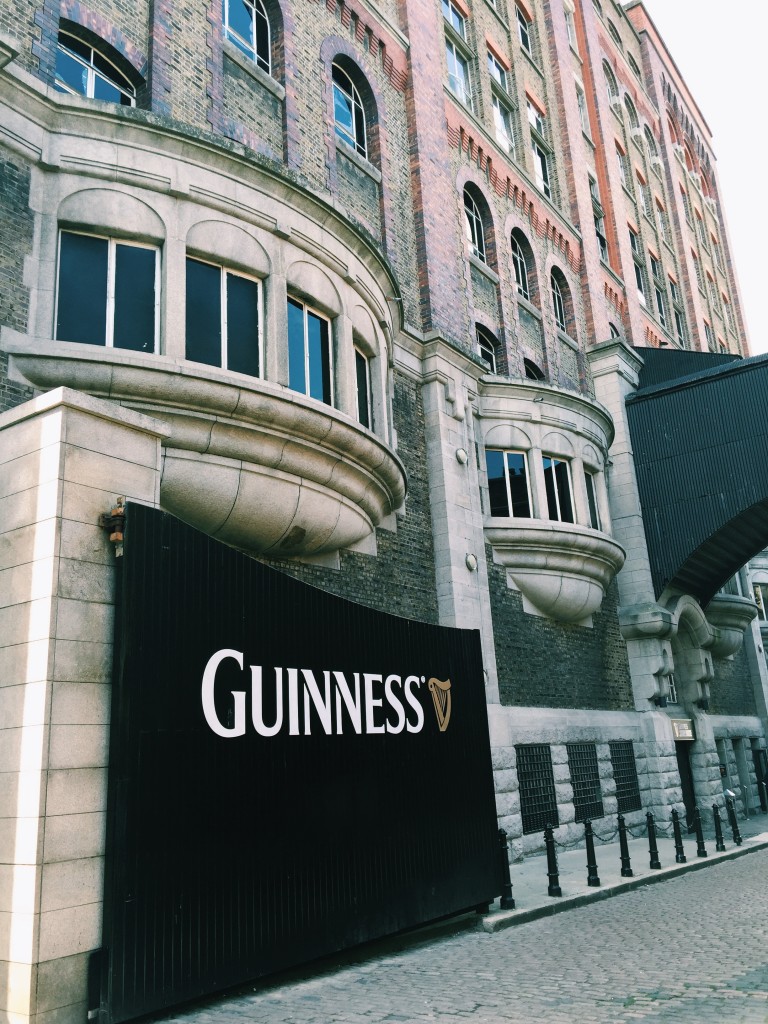 Visiting the Guiness Storehouse located at St. James Gate Brewery in Dublin is a total must-do! The brewery tour at the Guiness Storehouse is unlike any brewery tour I have ever taken. You walk inside and pay an entrance fee of 18 euros (translates to a little less than 18 USD). The entrance free includes a self-guided tour of the facilities with a complimentary pint of fresh, velvety Guiness at the end of the tour with the best view of the entire city of Dublin. 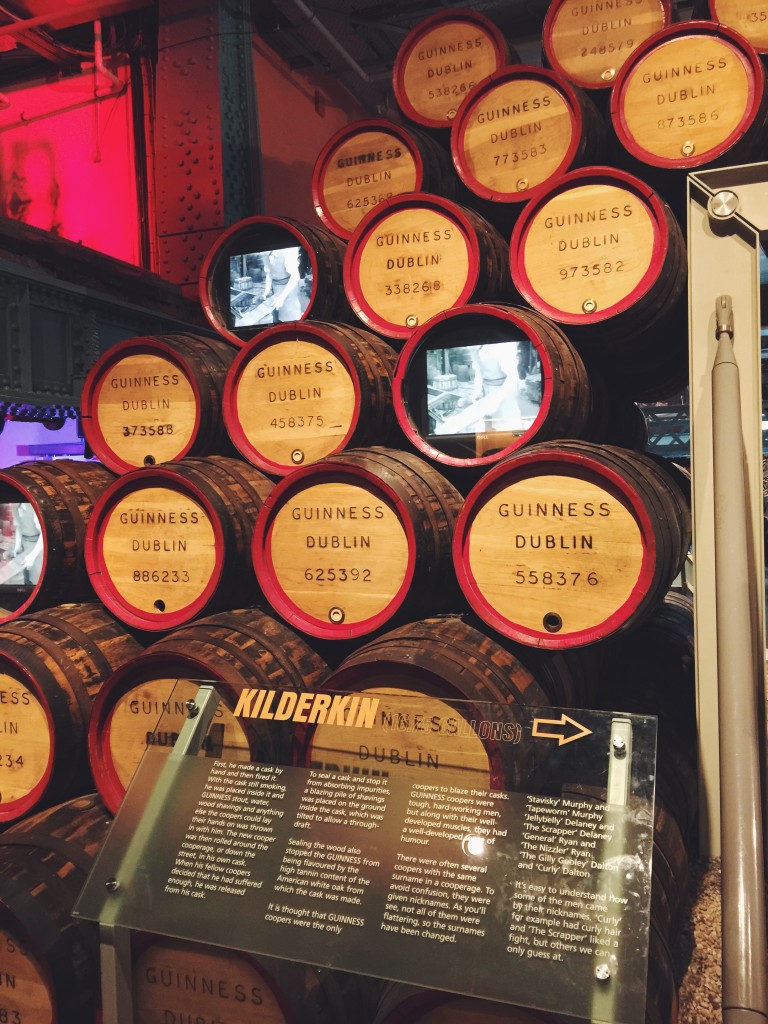 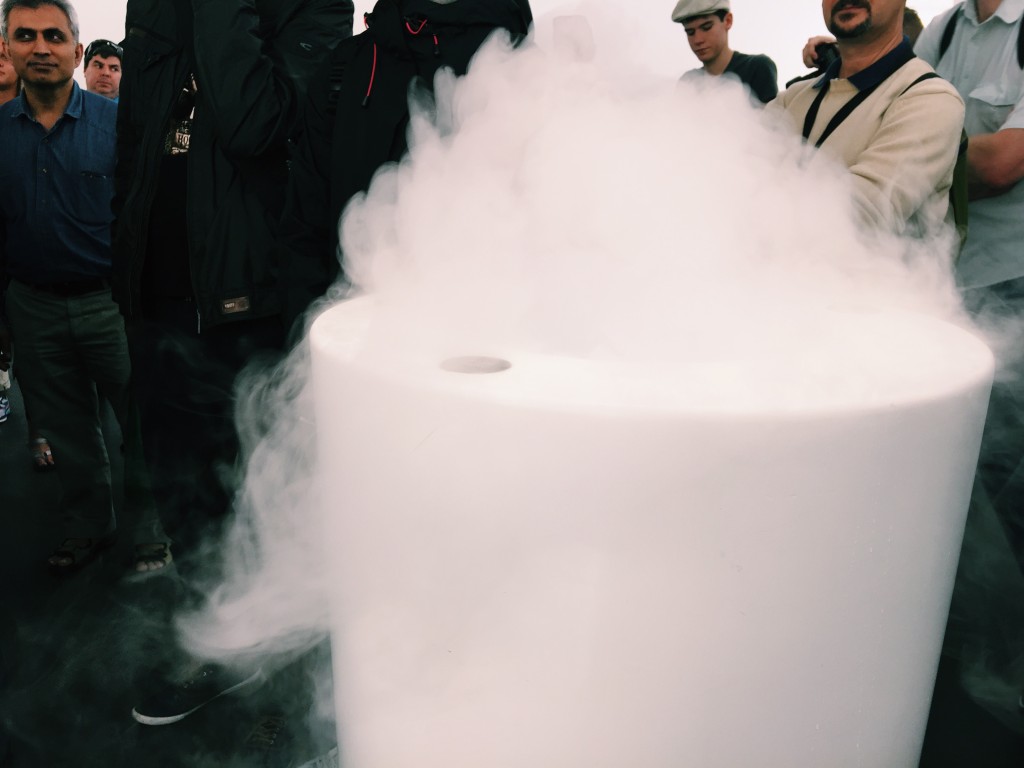 The tour itself, as stated earlier, is unlike any brewery tour I’ve ever taken. This tour had more of a beer amusement park or beer museum feel than anything. The history of the brewery was shown through various exhitions, installations and videos. 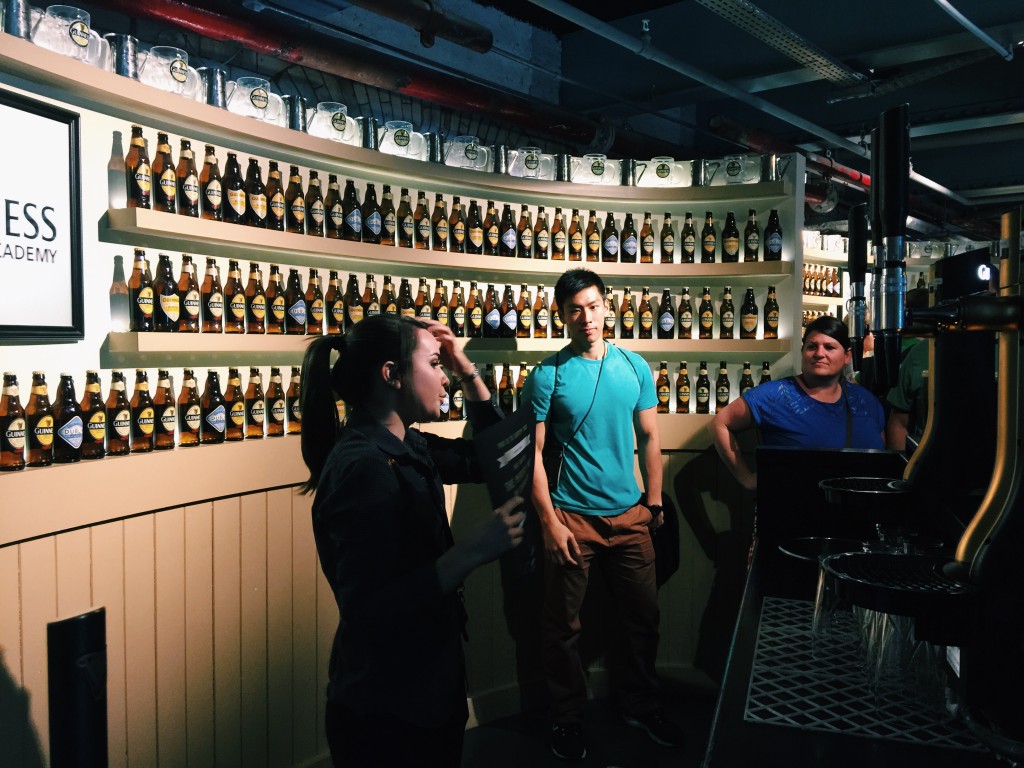 Each level of the modern storehouse was themed differently and at the end of the brewery, we were taught how to pour the “perfect guinness”, were allowed to serve ourselves from their taps, given certificates and had our photo taken. 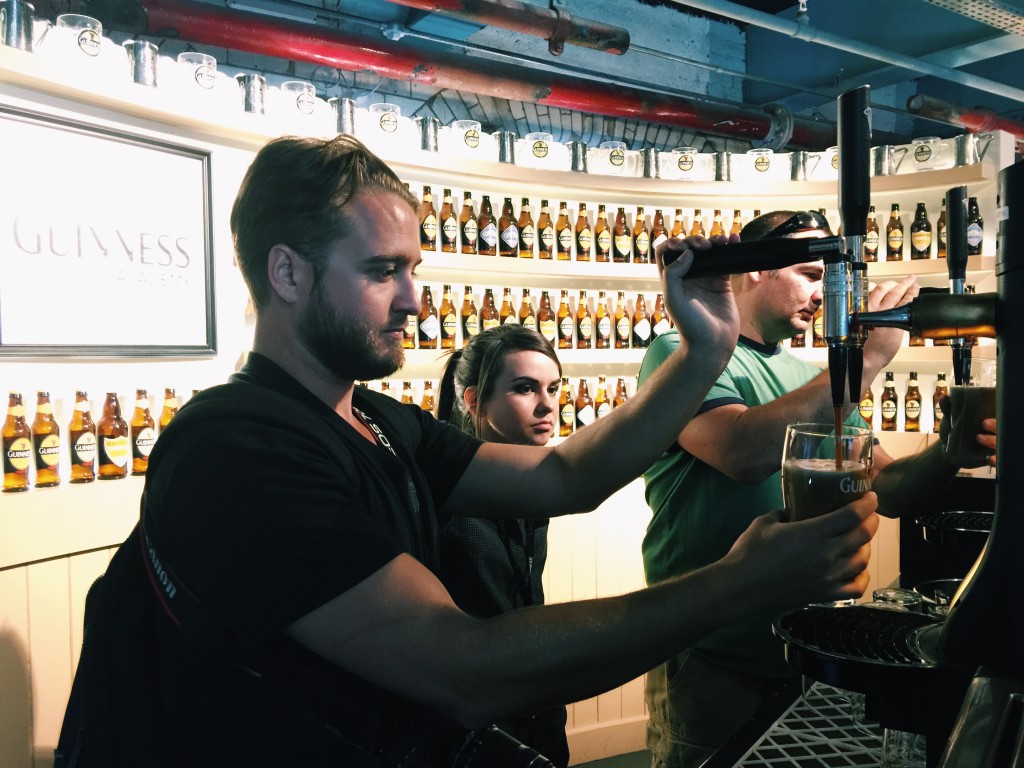 From the complimentary tasting, you then head up to their Gravity Bar – a circular glass room with a 360 degree view of Dublin – to enjoy a fresh pint of Guinness beer included with your admission price of €18. 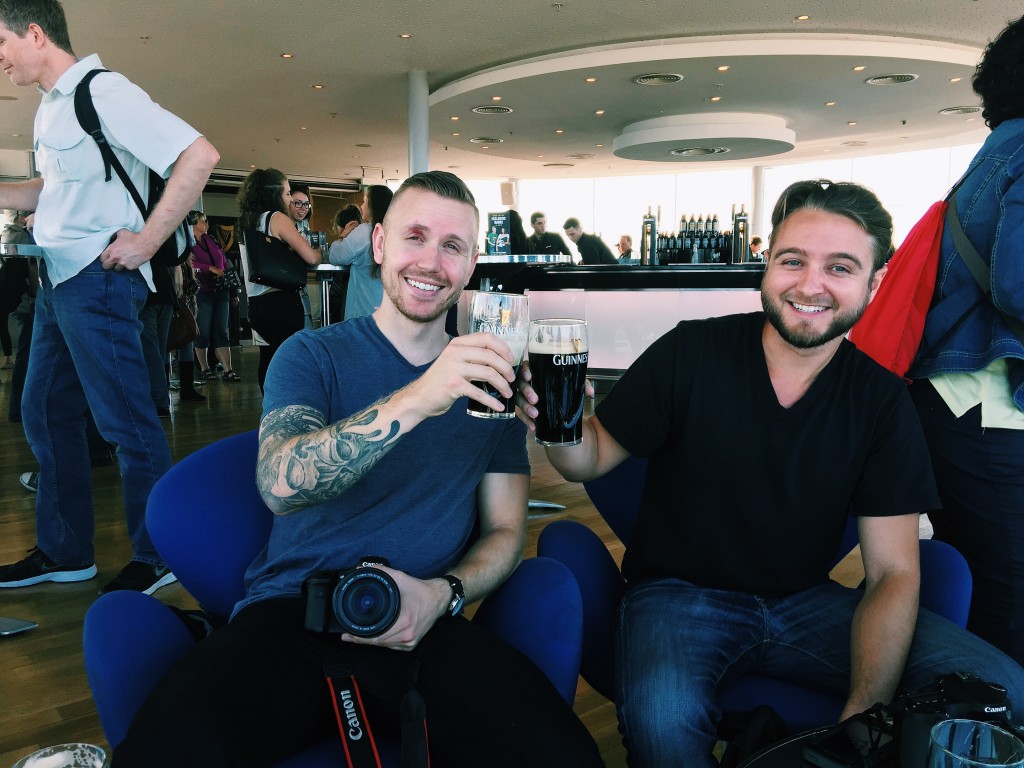 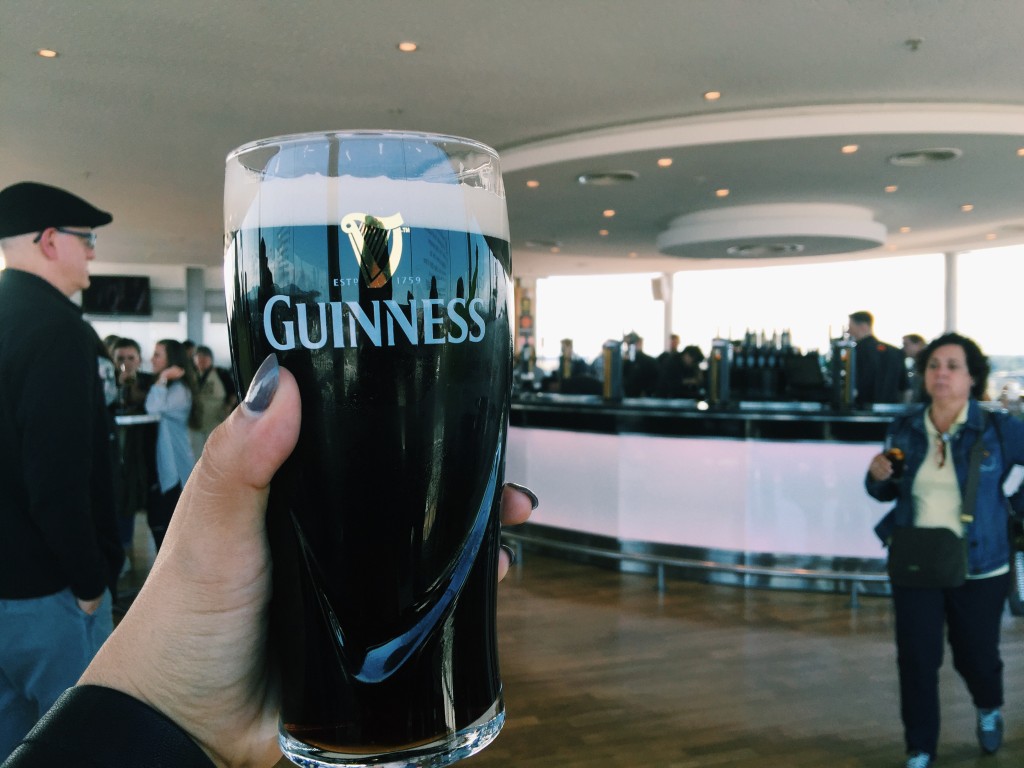 Check out my YouTube video below to get a better view of Ireland’s claim to beer fame!