Last month I had the opportunity to finally visit the Land of Ports aka PORTLANDIA.
(Do people from Portland hate it when non-portlanders call it that? ……oops.)

I was only there for 3 days but if we happen to share similar tastes then you, my friend, will have a wonderful time following my guide! I will be back in September of this year, so be ready for a “10 MORE THINGS TO DO IN PORTLAND” post.

1. GO TO THE FOOD CART PODS

The biggest difference I noticed was mobility.
In LA, food trucks may have a set of spots they go to each week but for the most part they are roaming around the city and going to a wide array of events throughout the year. If you’re craving a specific truck, your best bet is to follow them on twitter and hunt them down.

In Portland, the food carts – which are essentially food trailers, or one could even say, little food shacks – remain stationary. They stay parked in what are called food cart pods – empty lots where the carts congregate and tables, chairs, and sometimes even tents may be set up.

My favorite part is that the food is SO CHEAP. A $20 bill will get you quite a bit of food from many different vendors.

Map of all food cart pods in the PDX area – click HERE! 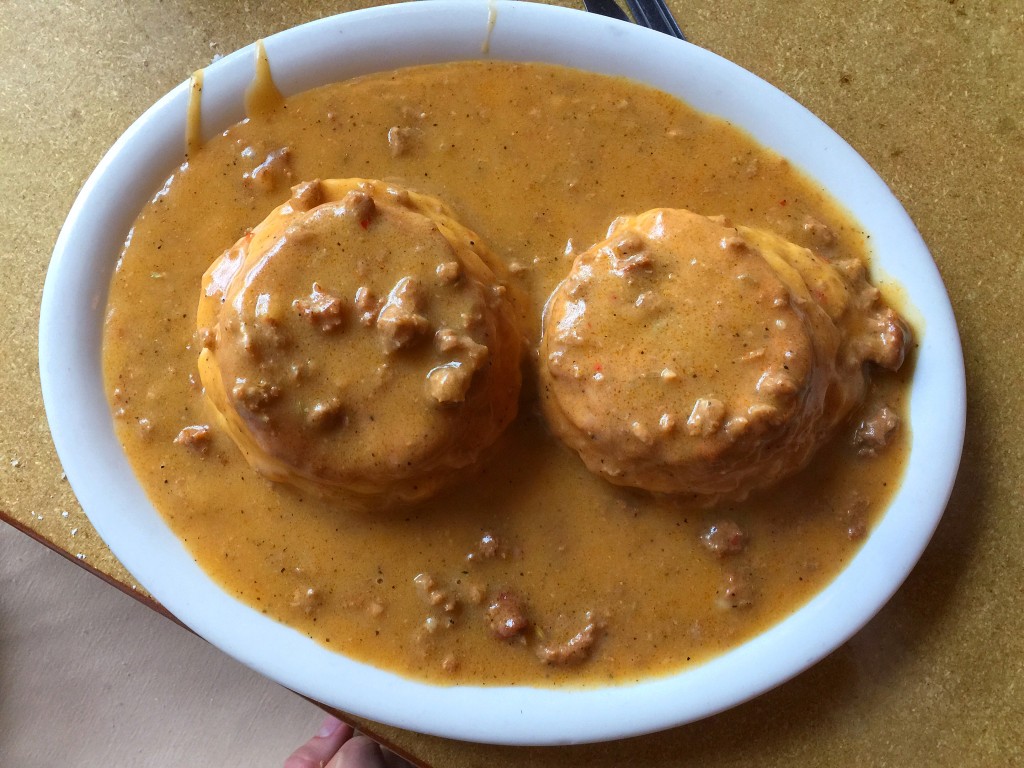 Gravy holds a very special place in my tummy. I wrote a blog post about it and even made a video – check it out HERE! But if you’re feeling to lazy to click on that link, I’ll give you a short recap:

The portions are HUGE; show up with a matching appetite. The biscuit-donut balls dubbed “frycakes” are a MUST, along with the biscuits and gravy – I mean, the place is called GRAVY. It is situated on Mississippi Street where you’ll find a bunch of adorable stores that you can walk to and try to sweat out your delicious food baby. Price range? Very reasonable. You can get food from $1.25 to $15 – such a STEAL.

Ever had Swedish food? Me neither – until I went to Broder! Killer Danish pancakes + Danish Mary (their version of a bloody mary!). Check out my highlight video above.

If this picture of my Lucky Charms ice cream isn’t making you drool, there might be something wrong with you….

Portland is known for their culinary scene but it’s not just their savory foods that are making a splash. Salt & Straw scoop shop is a new and edgy creamery that pushes the envelope with their outstanding mixes. With bold and creative flavors like Pots of Gold and Rainbow (a play on the Lucky Charms cereal), Salted Caramel Cupcake and Pear & Blue Cheese Ice Cream, it’s no surprise to see how popular they’ve gotten and why people are showing up in droves.  When you get to the front of the line, the friendly workers are more than happy to provide you with as many samples as you could possibly want – no judgement from them 😉

For all my Angelenos who aren’t planning a trip to Portland any time soon – don’t worry! Salt & Straw has a location here in LA.

Dove Vivi is our friends’ go-to place to take people who are visiting from out of town and, to be honest with you, it would probably be mine too. As my friends put it, “This isn’t the place to come when you’re craving pizza, because it is so much more than just that. It’s a different experience.”

I had never even heard of cornmeal crust pizza, and I didn’t know what to expect. Well, now that I’ve been there I can tell you exactly what to expect, besides obvious deliciousness… The crust is what I would imagine the offspring of a perfectly baked slice of cornbread and a puffy and delicate biscuit would taste like. The slices are reminiscent of a chicago-style deep dish pizza with a wide array of fresh, vegan (or non-vegan) toppings to choose from. I am an avid meat-eater, as you can see from the photo above, but my favorite pizza at Dove Vivi just so happened to be 100% vegan!

Cuban food is ♥ and Pambiche is the place to get it. There are only a few cuban places in Portland but Pambiche surpasses the others by miles. They’ve got got amazingly, complex and traditional zesty flavors. Don’t be scared of all of the options you’re given. You’re pretty much guaranteed to get a killer dish, no matter what you decide to get.

Pad Thai, Pad See Ew, and Chicken Satay – These are all of the dishes that come to mind when one thinks about Thai food and these are all dishes you WON’T find at Andy Ricker’s Pok Pok in Portland.

Pok Pok focuses on the lesser known Northern Thai cuisine, a style of cooking that uses a lot of dried spices and has strong Burmese influences. The smells are funky, the dishes are spicy and the taste is an unbelievably grand reawakening for Thai food in the States.

MY RECOMMENDATION: The Fish Sauce Wings

7. GET A FLIGHT @ HAIR OF THE DOG BREWERY

With the incredible amount of craft breweries to choose from in Portland, it’s hard to decide which ones to go to. Hair of the Dog Brewery is a solid choice for anyone that is a fan of barrel-aged beers – it’s their specialty!

FUN FACT: All of their ingredients are sourced from a 350 mile radius from their brewery!

Check out my blog post + video review I made about this brewery HERE.

All I had to hear was that they did a collab with my new favorite creamery, Salt & Straw! Check out my blog post + video review HERE and don’t forget to order the Salted Caramel Stout and their award-winning triple IPA. 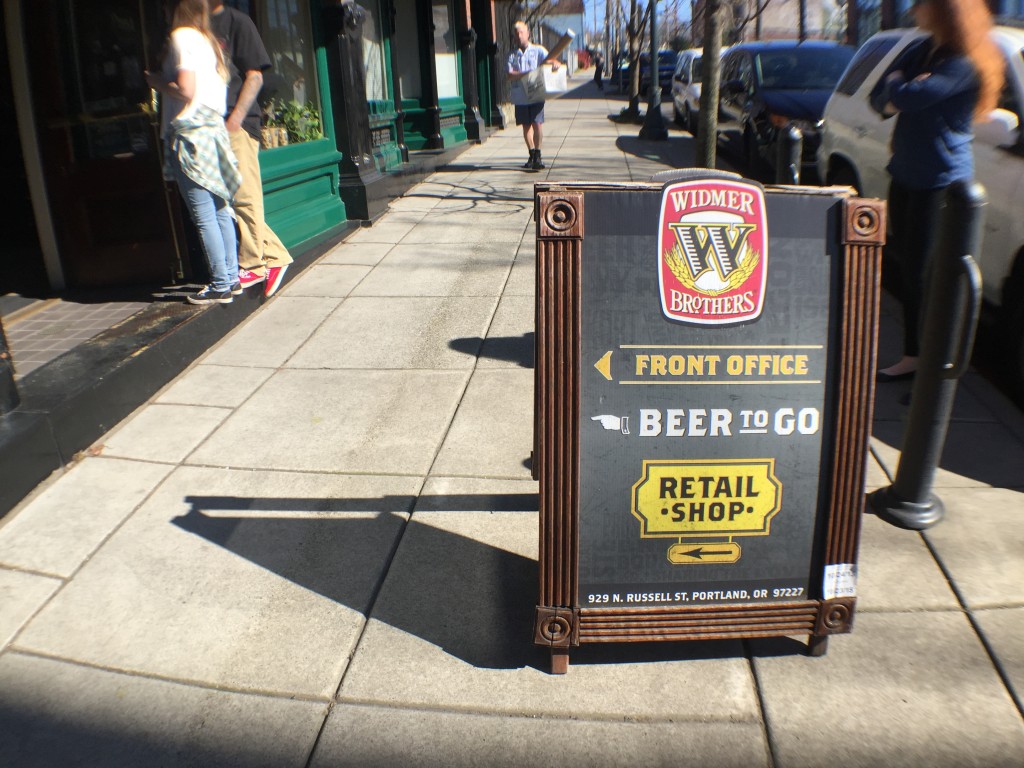 I personally love going on brewery tours. I love hearing the story behind the people that have worked their tails off to get us a nice buzz with good, quality product. Did you know the Widmer Brothers are personally responsible for creating the first American-style hefeweizen?

Check out my blog post + video review of this brewery HERE!

It’s easy to get caught up frequenting bars & restaurants, but Portland has some of the most beautiful scenery I’ve ever laid my eyes on. Laurelhurst is a great park nestled in between a great neighborhood in the Sunny Side neighborhood of Portland. Expect to find geese, birds, and people getting their sweat on. 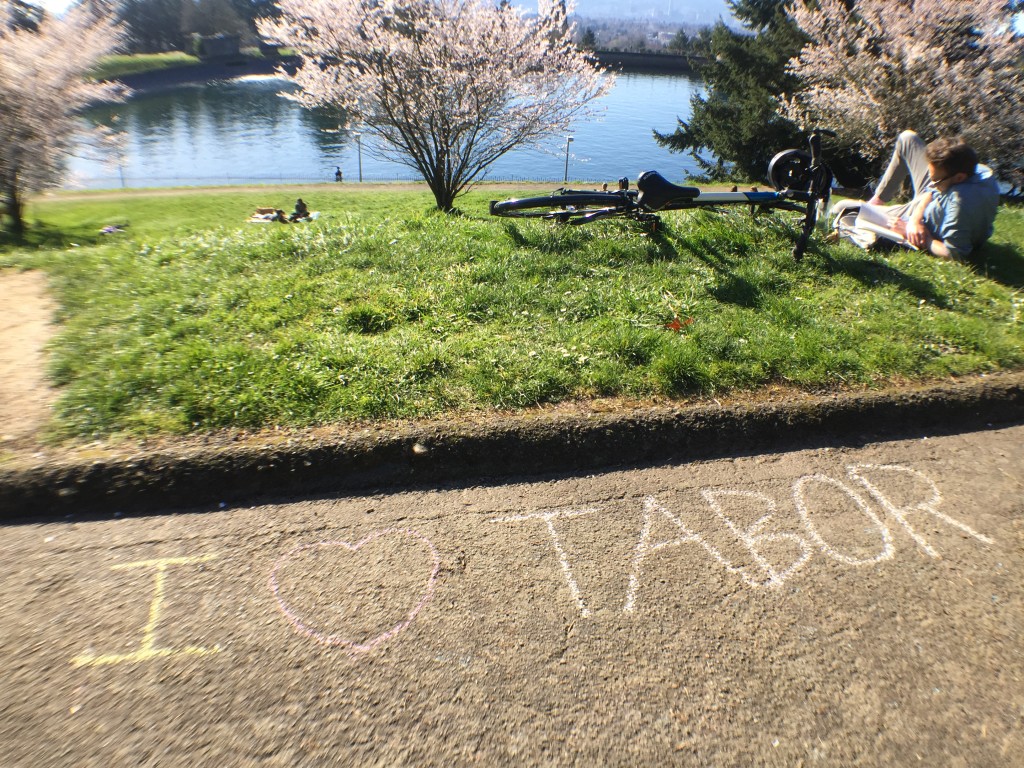 This park gives you an absolutely stunning view of Portland. It is the perfect place to come and have a picnic. Since Portland doesn’t get a lot of sunlight and beautiful weather year round, like Los Angeles does, Portlandians really cherish and take advantage of the beautiful sunny days they do get.

SOME OTHER COOL STUFF TO CHECK OUT…